Same as the previous time, we will need:
1) Knitting yarn (3 colours)
2) Weaving tablets
3) A rope to tie the weaved belt
4) A safety pin to secure the tablets when not weaving. 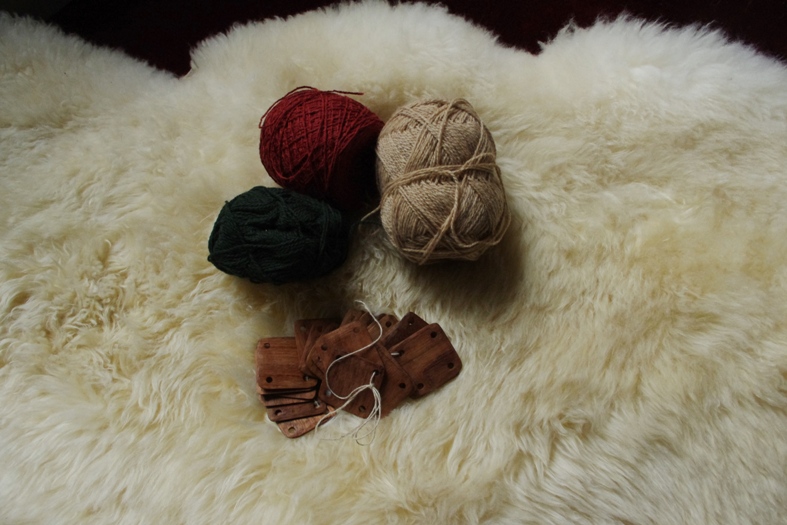 You can create more complicated patterns, which are planned out not in triangle/diamond formation, but using squares. I made an attempt to copy a pattern seen in a museum in Šilutė. When drawing or trying to weave a complicated pattern, try and make sure that one column, looking from top to bottom, does not contain too much squares of same colour (five or more). That increases the possibility of the thread getting caught up in something when you are wearing it. 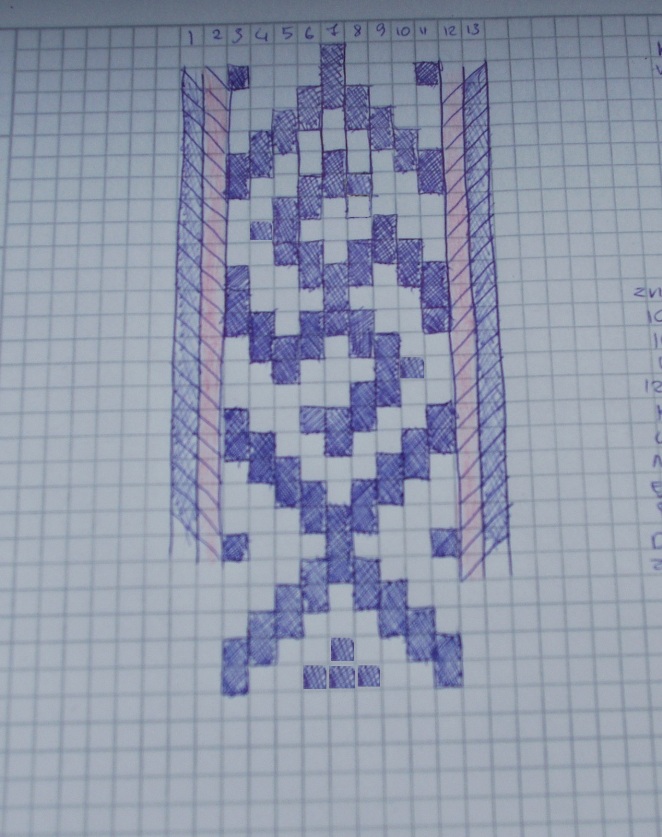 All four of the tablet holes are used when making a basic tablet woven belt, but only two opposing holes are used when creating a pattern. The tablets that go on the sides should still have four threads to increase the structural integrity of the belt. We don’t need to worry about the colour of threads when arranging the weaving tablets. The threads that go on the sides are all the same colour. In the area of the pattern one hole contains one colour and the opposing hole contains the other. This is how it should look. 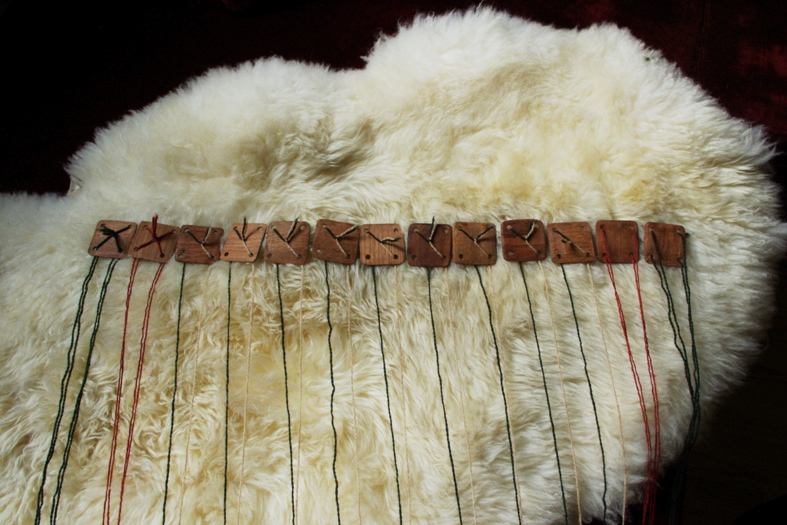 You might have a question why some tablets have the knot on top and other on the bottom. I did this because usually when all of the knots face the same direction, weaved belt tends to curl similarly to curly hair. I did not want to take the risks with this belt, therefore I arranged the knots this way. :)
Then we arrange the weaving tablets the same way as with a basic weaved belt.
After that it gets simpler! The tablets on the side are turned towards yourself over one side of the square tablet and in the area of the pattern we raise the colour we need. For example, if on the first row of the pattern, the first square is coloured, I take the green thread. If the square is not coloured, we take the sand coloured thread. 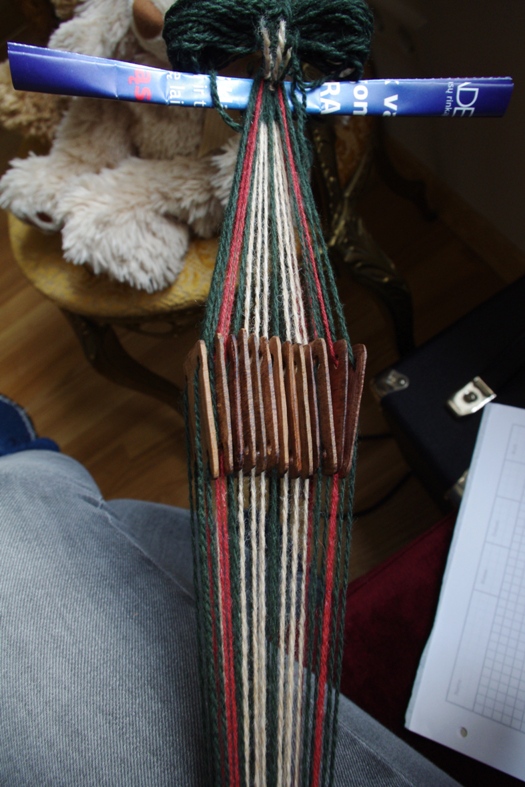 This is what you see after the first line. 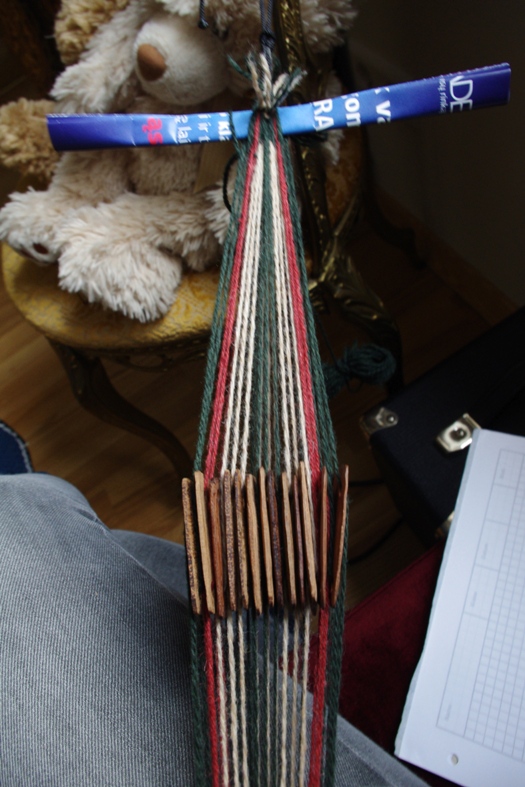 This is the view after we have done the second line. 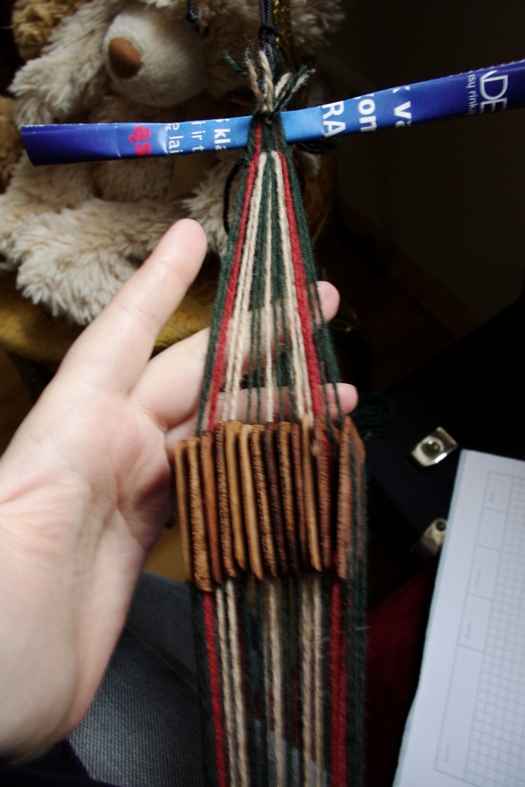 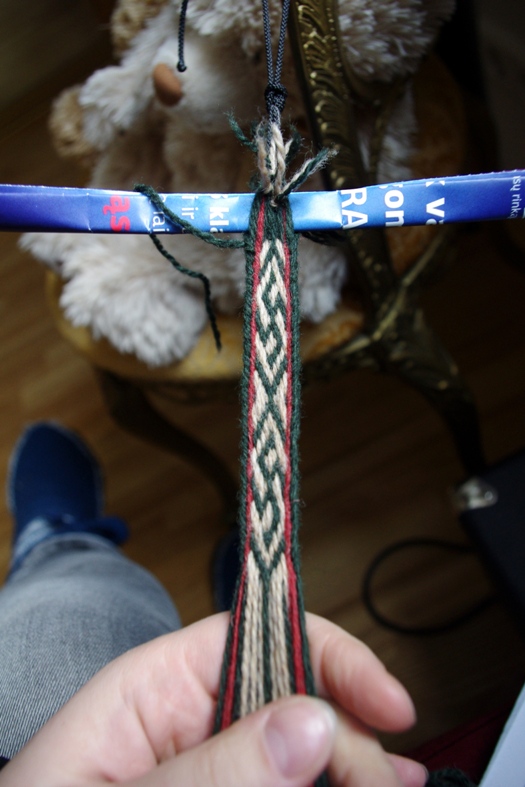 This is what you get after you have finished the first two fragments. 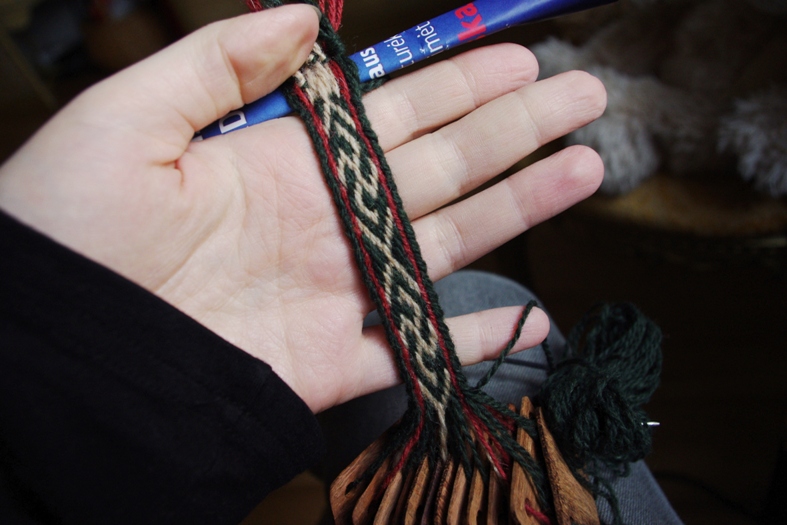 The other side of weaved belt.